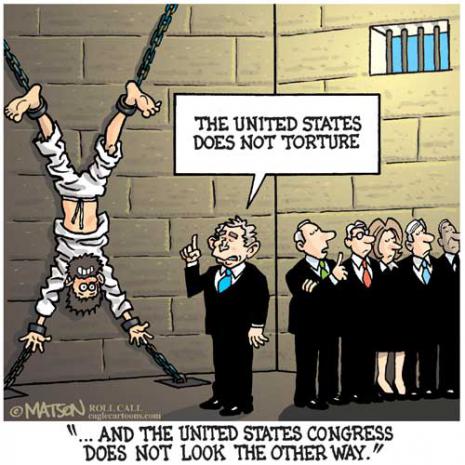 Protection of prisoners against violence. Rape and other forms of sexual abuse.

"Does the United States expect or intend, before the end of this year, to transfer Mohammed Al Hamiri, Ghaleb Al-Bihani, Fahd Ghazy, Tariq Ba Odah, or any other Yemeni detainees currently held at Guantánamo?"

"Is the Periodic Review Board limited to making recommendations for transfer, or can it provide any concrete relief to Guantánamo detainees?"

"Will the United States address the legitimate grievances of detainees on long-term hunger strike, and does it plan to adapt its detention protocol for artificial feeding in order to comply with relevant standards under the Convention against Torture?"

"What are the measures used to ensure solitary confinement is only used as a temporary measure under exceptional circumstances, in accordance with international recommendations?"

"Does the United States intend to 'expand program content for intellectual stimulation, and provide for wider detainee access; maximize interaction between detainees, communal living and recreation interaction; approve and implement family visits; and consider inviting non-governmental organizations and appropriate international organizations to send representatives to visit Guantánamo,' as recommended by the government's review of conditions at Guantanamo in 2009?"

"Exercise authority under the 2014 NDAA to effect additional transfers without further delay."

"Close Guantánamo by transferring all men whom the government does not plan to charge to their home or resettlement countries."

"Provide the anticipated date by which the Administration expects to complete Periodic Review Board hearings for all detainees slated for review."

"Disclose the number of detainees currently on hunger strike and currently being forcibly fed."

"Disclose the number of detainees currently being held in solitary confinement at Guantánamo."

"Adapt procedures for treatment of detainees on hunger strike, including medical counseling, in accordance with international recommendations for ethical procedures in protest hunger strikes and limited use of solitary confinement."

"Ensure all detainees who express a fear of being subjected to torture, or cruel, inhuman, and degrading treatment after transfer to their home country or a resettlement country, have access to meaningful judicial review of this decision."

The Covenant on Civil & Political Rights (ICCPR) is an international bill of rights. Together with the Universal Declaration of Human Rights.

Religious rights. Privacy. Freedom from torture and other forms of abuse. Arbitrary detention. Gender, ethnic and racial equality. The right to judicial fairness.

America is a signatory. Making it the supreme law of the land under the Constitution's Supremacy Clause (Article VI, Clause 2).

It doesn't matter. Washington systematically violates core international laws. Including prohibitions against torture. At all times. Under all circumstances. With no allowed exceptions.

Bush administration officials made it official US policy. Obama continues what demands condemnation. At Guantanamo. In dozens of secret torture prisons. Operating globally. Governing like other tinpot despots.

Targeting anyone for any reason. Including US citizens. As vulnerable as foreign nationals. Murdering them in cold blood. Doing so one Obama signature away.

Locking others up indefinitely without charge or trial. Based on his say alone.

Last Wednesday, the UN Committee Against Torture reviewed America's record. At Guantanamo. In US prisons. By police. In immigration facilities.

For the first time in its history, the Committee heard directly from one of Washington's victims. Murat Murnaz. Tortured at Guantanamo.

Calling it "a prison for Muslim men and boys." Victimized by torture and arbitrary detention. Violating US and international law.

It's inexcusable for the Obama administration "to blame Congress (for) mak(ing) it difficult to transfer detainees," said Azmy.

"The problem with Guantanamo is indefinite detention, not the location of the detention, and thus, would not be solved by any proposals to transfer detainees to the US in an effort to close the prison."

"Instead, the US should transfer detainees home or resettle them in third countries rather than expend its time, energy and political capital on the fraught process of bringing detainees to the US."

Kurnaz testified about his own detention and treatment, saying:

"In 2001, while traveling in Pakistan, I was arrested by Pakistani police and sold to the US military for a $3,000 bounty."

"In Kandahar, the US military subjected me to electric shocks, stress positions, simulated drowning, and endless beatings."

"In Guantanamo, there was also psychological torture. I was stripped of my humanity, treated like an animal, isolated from the rest of the world, and did not know if I would ever be released."

"Even though my lawyers proved that the US knew of my innocence by 2002, I was not released until 2006. I lost five years of my life in Guantanamo."

"Eight years later, I cannot believe that Guantanamo is still open and that there are almost 150 men detained there indefinitely."

"My time in Guantanamo was a nightmare, but I sometimes consider myself lucky. I know that part of the reason I am free today is because I am from Germany."

"Most of the current prisoners remain in Guantanamo because they are from Yemen and the US refuses to send them home."

"Many are as innocent as I was. But they are enduring the torture of Guantanamo for over 12 years because of their nationality, not because of anything they have done."

"(W)ny has no US official been held responsible for brutal practices and torture at Guantanamo or other US prisons?

"I will never get five years of my life back, but for me and others, it is important that the Committee confronts the United States about its actions in Guantanamo and other prisons."

In response to questions about its policies, US officials admitted "cross(ing) the line" on torture, ill-treatment and related abuses.

Justifying the unjustifiable. Expressing full confidence in Brennan. One day after a CIA inspector general's report exposed him as a brazen liar.

"In the immediate aftermath of 9/11, we did some things that were wrong."

He omitted saying he continues the same policy. At Guantanamo through force-feeding. Other abusive practices.

At dozens of secret global black sites. Out of sight and mind. Continuing the worst of odious Bush administration practices.

The ACLU commented on the new UN report, saying:

Its "report took the Obama administration to task about the lack of consequences for the officials responsible for torture during the Bush administration and failing to provide redress for victims."

"It also called for the swift release of the Senate Intelligence Committee's report on the CIA's torture program with minimal redactions, which the White House and senators have been fighting over."

It "urged an end to unfair military commissions and indefinite detention at Guantanamo as well as a halt to the force feedings there."

"The Obama administration needs to match its rhetoric with actions by supporting full accountability for torture."

"As a start, that means allowing the release of the Senate's torture report summary without redactions that would defeat report's primary purpose, which is to expose the full extent of government abuse."

"It also means ensuring a top-to-bottom criminal investigation of the torture that occurred."

The UN report harshly criticized extensive use of solitary confinement. All too often longterm.

Torture by any other name. Irreparably harming victims. Turning many into zombies.

US police are unaccountable. "(F)or pervasive racial profiling and use of excessive and lethal force, especially against people of color," said the ACLU.

"Along the same lines, the report decried the growing militarization of policing, spurred by federal programs funding military equipment for local police."

"This report - along with the voices of Americans protesting around the country this week - is a wake-up call for police who think they can act with impunity," said Dakwar.

"It's time for systemic policing reforms and effective oversight that make sure law enforcement agencies treat all citizens with equal respect and hold officers accountable when they cross the line."

"The committee is right to demand that immigrants and especially people seeking asylum must have fair hearings and access to legal representation to ensure that they are not returned to dangerous situations," said Dakwar.

"Immigration detention should be the last resort, and certainly not a method of deterrence."

The Committee report is damning. At the same time without teeth. Expect no US policy changes

Obama exceeds the worst of Bush practices. A war criminal multiple times over. A serial lawbreaker. Nothing ahead looks promising.