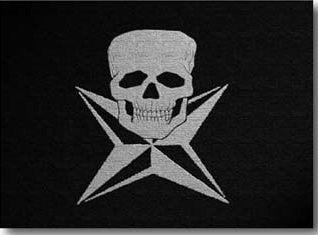 Comprised of over 70 members and partners. Over one-third of world nations. On every continent except Antarctica. Doing America's bidding.

Claims it "marks a turning point in decades of (NATO) efforts to draw Moscow closer." Intends stepped up US presence close to its borders.

Modernizing its neighbors militarily. "(U)pgrading" joint exercises. "(S)eiz(ing) the opportunity…Creat(ing) the reality on the ground. Accept(ing) membership of aspirant countries."

Settle disputes peacefully. Truth is polar opposite. It bears repeating. Wants world dominance through one ravaged country after another.

NATO's collective security commitment is code language for war readiness. Against governments Washington wants ousted. Replaced with ones it controls.

Inventing nonexistent enemies. Turning allies into assets. Bullying them to go along with its imperial project.

Claiming an urgency to defend them. Despite no existing threats. Urging Ukraine to stand firm against Russia. Protect its territory.

"We are told that the role of Ukrainian radicals is exaggerated, but then why their elated attitude to Nazi abettors and an outright aggression against other nationalities are also seen more frequently in the conduct of official Kiev authorities," he asked?

"We in Russia do not want a hotbed of neo-Nazism to appear in Europe." It runs things in Ukraine.

Except where Donbas freedom fighters prevent it. Putting their bodies on the line for democratic rights everyone deserves.

Washington intends more covert and overt military aid for Ukraine. For genocidal Donbas war. Ramped up full force. Including against noncombatant men, women and children.

According to a US official, "(o)ur first radars for the detection and suppression of mortar detachments have been already delivered there, with a few more expected soon."

"We have already allocated $100 million for these purposes and hope we will be able to spend tens of millions (more) on training (Ukrainian military personnel). We're discussing the provision of funds with Congress."

Hitler could have been stopped long before WW II began. Western nations did nothing to prevent his Austrian Anschluss. Sudetenland annexation.

Fools alone believed it. Wise men knew otherwise. Chamberlain returned from Munich. Waving Hitler's agreement. It wasn't worth the paper it was written on.

America is a much more formidable adversary. Does WW III loom? Will Russia not intervene in time to stop it? Pay too dear a price.

The time to act is now. Later may be too late. Conflicts once begun have a life of their own. The best way to defuse them is intervening before they spin out-of-control.

Will Russia step up to the plate and act? Will China join it cooperatively? America is a world-class bully.

Beating up on defenseless adversaries. One after another. Russia and China allied match its might. Perhaps enough for an effective deterrent.

If Syria falls, Iran is next. If Kiev crushes Donbas resistance, expect NATO membership to follow.

Putting US bases on Russia's borders. What Moscow categorically won't tolerate. The time to prevent it is now.

"Our policy is the same. The door is open for countries" wishing to join, he said.

It bears repeating. The time to stop reckless policy is before it spins out-of-control.

Ideally diplomatically. If unsuccessful by whatever it takes. Drawing a red line with teeth may be all that's needed.

Washington may think twice before confronting Russia belligerently. At least at this time.

Kiev's puppet government does nothing without US consent. For sure on war and peace issues.

"I'm sure that what the Ukrainian leadership announced will lead to further aggravation of the situation in Ukraine," he said.

"This will not ensure security in Ukraine and this will not improve the Ukrainian people's life."

"This is the result of illusions, the Ukrainian leaders and many people in the West live in, the illusions that the geopolitical Western game is all of this and people's life is nothing."

"I regret that these leaders are enthralled by such illusions." They portend bad thing to follow. Fascists operate this way.

"…Soviet-era propaganda and primarily (mythology) about the Great Patriotic War" should be removed from textbooks and other educational materials.

"They have already denied their Soviet past. Now they are denying the feat of their fathers and grandfathers."

"I don't think attempts to deny their own roots could bring Ukraine closer to Europe."

At "the beginning of the Great Patriotic War, Ukraine had a population of about 41 million, whereas by the end of the war there were only 27 million people" left.

"More than ten million Ukrainians died defending their families, their homeland from fascism."

"And Kiev wants its citizens to forget about this irreplaceable loss. No wonder the Nazi ideology is flourishing in the present-day Ukraine on such background."

It "destroys the fate of people and their families," he said. "It is necessary to strengthen an idea of a 'Common European Home.' "

"(B)ecause a state that doesn't control its border can't be a member of a defense bloc," he claims.