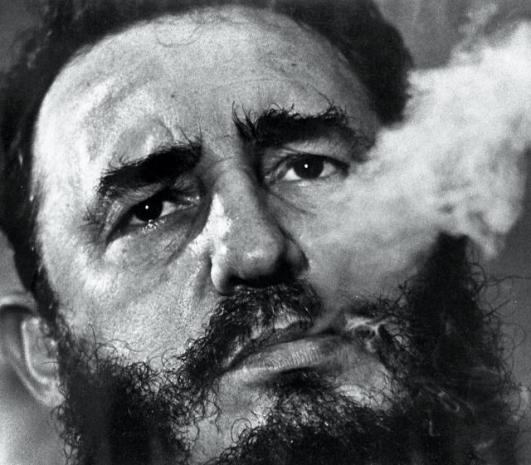 He compared NATO to Hitler's SS. More on what he said below.

At age 88, Castro is outspoken on geopolitical issues mattering most. His intellect remains keen.

His honesty and integrity are impeccable. His forthrightness is noteworthy. His knowledge of vital issues is impressive.

He survived hundreds of US attempts to kill him, a punishing embargo and countless other hostile acts.

In 2006, illness forced him to step down. Reports at the time erroneously pronounced him dead or dying.

He recovered and remains active. Hopefully he has many more productive years left.

On the occasion of his 88th birthday, Venezuelan President Nicolas Maduro called him the "central figure of the new independence of Latin America and the Caribbean."

"Fidel Castro is the refounding of the ideas of Jos? Mart? and the Bolivarian project in the twentieth century, which led him to victory on an island that was in the plans of colonization of America."

"Even his bitterest opponents will have to recognize that Fidel managed to bring out the Cuban sentiment, independence and took the island from the colonial clutches of the United States forever, but never in history will be settled."

"Fidel is a giant," said Maduro. He's a role model for right over wrong. He's a legend in his own time. He's polar opposite rogue Western leaders.

It prioritizes war. It deplores peace. It ravages and destroys one country after another.

Humanity's survival depends on eliminating this cancer once and for all. The alternative is too grim to tolerate.

Castro accused Western politicians of hypocrisy and aggression. The West is "a symbol of imperialist policy," he said.

Instead of waging war, "governments should produce food and industrial products, build hospitals and schools for the billions of human beings who desperately need them; promote art and culture, struggle against epidemics which (kill) half of the sick (and) finally eliminate?cancer" and many other life-threatening diseases.

"Many people are astonished when they hear the statements made by some European spokesmen for NATO when they speak with the style and face of the Nazi SS."

"Adolf Hitler's greed-based empire went down in history with no more glory than the encouragement provided to NATO's aggressive and bourgeois governments, which makes them the laughing stock of Europe and the world."

"The world has seen no respite in recent years, particularly since the European Economic Community, under the strict and unconditional leadership of the United States, decided the time had come to settle scores with what was left of two great nations (Russia and China) that?had carried out the heroic deed of putting an end to the imperialist colonial order imposed on the world by Europe and the United States."

Cuba will keep resisting, he stressed. "(T)here is no worse price than capitulating before an enemy who attacks you without any right to do so."

"When the USSR disintegrated and disappeared from the socialist landscape, we continued resisting and together, the state and the revolutionary people, we're continuing our independent march."

Castro praised the former Soviet Union for "gathering its resources and sharing its technology with a large number of weak and less developed nations, the inevitable victims of colonial exploitation."

Today it "controls a considerable and vital portion of Iraq and reportedly one-third of Syria as well."

"Global society has known no peace in recent years, particularly since the European Economic Community, under the absolute, inflexible direction of the United States, decided that the time had come to settle accounts with what remained of two great nations which, inspired by the ideas of Marx, had achieved the great feat of ending the imperialist colonial order imposed on the world by Europe and the United States."

"Would a true society of nations be convenient or not, in the current world, one in which respect is shown for rights, beliefs, culture, technologies and resources in accessible places around the world?"

"And wouldn't the world be much more just today?if people saw in others a friend or brother, and not an enemy disposed to kill, with weapons which human knowledge has been capable of creating?"

"Believing that human beings could be capable of having such objectives, I think that absolutely no one has the right to destroy cities; murder children; pulverize homes; sow terror, hunger and death anywhere."

"In what corner of the world can such acts be justified?"

"A colossal fraud is what is seen today, as problems emerge which suggest the possible eruption of a war, with the use of weapons which could mean the end of human existence."

"There are unscrupulous actors, apparently more than a few, which consider meritorious their willingness to die, but above all to kill in defense of their indecent privileges."

"Cynicism is something which has become symbolic of imperial policy."

Castro remains outspoken on major issues. He worries most about possible nuclear war. In March 2012, his article headlined "The roads leading to disaster."

"As far as I am concerned," he said, "I do not harbor the slightest doubt that the United States is about to commit, and lead the world toward, the greatest error in its history."

"Does anyone think that the United States will be capable of acting with the independence that could preserve it from the inevitable disaster awaiting it?"

"It is really extraordinary to observe a nation so powerful technologically and a government so bereft of both ideas and moral values."

"The Israeli government has openly declared its intention to attack the enriched uranium production plant in Iran, and the government of the United States has invested hundreds of millions of dollars in manufacturing a bomb for that purpose."

"Imagine United States (and/or Israeli) forces dropping monstrous bombs, capable of penetrating 60 meters of cement, on industrial facilities. Never before has such an adventure been conceived."

In a July 2010 videotaped interview, he expected Washington and Israel to target Iran, saying:

"When they launch war, they're going to launch it there. It cannot help but be nuclear. I believe the danger of war is growing a lot. They are playing with fire."

At stake is humanity's survival, Castro explained. It's being "led inexorably toward disaster," he believes. He hasn't "the slightest doubt," he said.

"(W)e do not need a nuclear world war for our species to perish. A nuclear conflict between any two nations can do it."

"A nuclear war is inevitable," he added. It could happen any time for any reason.

He called it "a heinous crime." Washington fully backed it. "Obama did not support David against Goliath, but Goliath against David," he said.

"I only wish to express my solidarity with this heroic people defending the last inch of what was their homeland for thousands of years," he added.

Given Washington's imperial agenda, he very much fears the latter.