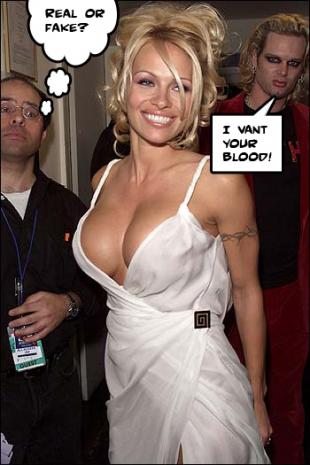 Fake, fake, fake – I’m talking about the latest anti-Iranian propaganda coming out of Washington, which claims the Iranian Revolutionary Guards were involved in a “plot” to take out the Saudi ambassador to the US and blow up both the Saudi and Israeli embassies. The narrative reads like a formulaic melodrama: two Iranians, one a naturalized US citizen, purportedly approached someone they thought was a member of a Mexican drug cartel – according to the indictment [.pdf], it was a “sophisticated” drug cartel, not the plebeian sort – and proposed paying him $1.5 million to murder Adel al Jubeir, the Kingdom’s ambassador in Washington – oh, and by the way, the Iranians supposedly said, “Are you guys any good with explosives?”

The key to understanding just how fake this story is can be found in the New York Times report, which informs us:

The Iranian Plot? Fake? If so, why would Obama want to step on his own weenie when he's been reaching out to Iran and other Muslims? To attack Iran, which he could and should have already done a zillion times? Actually, he withheld knowledge of this developing plot to the public for months, and only released it as Eric Holder was put under heat, which makes false flag seem unlikely.

So let's suppose it is a false flag, a prelude to INVASION OF IRAN AND THE ENDING OF THE HORRIBLE ISLAMIC REPUBLIC OF IRAN.  If so, I say BRAVO! LET'S GO!

Too bad, Obama won't go, so again, how can it be a false flag?

Maybe it's an Israeli false flag, designed to trick or force Obama to attack Iran.  If so, it was a dud, and if Obama could prove it on Israel he would definitely leak it since he's so friendly with the Palestinians.

So, let's hope there's a huge conspiracy in the MIC to stage a false flag behind Obama's back, like the one that killed JFK, and let's even hope further that they plan to assassinate him to get him out of the way if he wins a 2nd term, then get their guy in who will give the go signal.  If so, I hope it can't be proven in court, as again that lone gunman just got lucky and helped the U.S. at the same time, like with pinko JFK, who conveniently got out of the way so we could ramp up Vietnam and stop the Domino Theory.  Okay, we blew it in Vietnam because we wouldn't invade Hanoi, but we definitely can invade Iran and win, so why not? Destroying the Islamic Repub. of Iran is a pure plus, unless you got a 30 zillion sunblock handy. To be fair, I'm too old to be drafted, so somebody else will have to go to Iran for me :)

The Historyscoper's Islam Watch Blog - when you're ready to get serious


Every war and military action in the past 130 years has been based upon a lie, including the USS Maine boiler explosion in Havana harbor to hype the Spanish-American war, the British Lusitania carrying military explosives in 1914, the "surprise" Pearl Harbor attack for WW2, the Korean action,, Bosnia, Iraq, Afghanstan, Nam's Tonkin bay lie, and the CIA's neferious actions detailed by William Blum in KILLING HOPE and ......    Do you really think the U.S. government might lie to the people to hype a neocon military action ????   Aw, naw.

Yes, and the New York Times has always told the truth, the whole truth, and nothing but the truth.  Right!