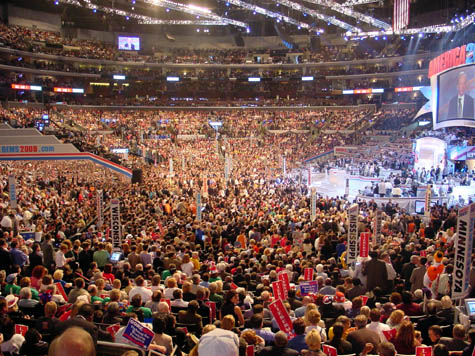 I have always searched for the simplest yet best ways to explain what I see as a multi-decade decline of every aspect of the United States, especially its political system and government. I keep coming back to the inescapable logic that a large fraction of Americans, regardless of their education, economic status and political alignment, must suffer from delusion. This delusion produces denial about hugely important subjects and issues.

Like a law of physics, this combination makes people seem incredibly stupid to others disagreeing with their positions.  Stupid, because they are unable to accept facts and truths that conflict with their views.

This special kind of stupidity is independent of inherent intelligence.  In this case brain power is overpowered by psychological deficiency, namely self-delusion.

This delusion is not genetically produced, but is a result of external influences, notably political, government, media and corporate propaganda intentionally designed to produce delusional beliefs and thinking.  Who does this?  All sorts of commercial and political interests.  The result is a series of biases and blocks, such as cognitive dissonance, to objective facts and information that creates denial about very important conditions affecting the planet, the nation and individuals.  People afflicted with this deadly combination appear stupid to those outside their mental ghetto that they gladly inhabit, along with similarly afflicted people.

Conservatives see liberals as stupid and vice versa.  Democrats see Tea Party adherents (who only support Republican candidates) as stupid and vice versa.  Those seeing climate change and global warming as serious phenomena posing real threats see deniers as stupid.  People who give a high priority to tax cuts that mainly benefit the rich and superrich seem stupid to those who recognize that the wealthiest Americans have hijacked the US economy, as shown by endless statistics that reveal their preferential financial benefits.  Those who reject religions think the religious stupid.  People who shun social networking sites see those addicted to them as stupid.  Growing numbers of obese people seem stupid to those eating healthy and exercising regularly to maintain healthy weights.

A prime example of a mental ghetto is the collection of radical, terrorist Muslims sharing hate and violence and blocking out teachings from authentic Muslims about peace and love.

You surely can think of classes of people who seem stupid, because of a particular belief or viewpoint rather than across-the-board limited intelligence.  With conversations that have nothing to do with their position (or maybe several), you would likely think of them as reasonably intelligent and smart, not stupid.  In other words, stupidity is often topic or issue specific.

Here are two examples of what I call psychological stupidity with their powerful implications for understanding why the nation is seen on the wrong track by so many Americans who cannot unite behind solutions.

There is no mystery why the top 20 percent of the population in terms of wealth votes for Republicans, but they are not enough to win elections.  What makes far less sense is why many more middle class Americans vote for Republicans.  They seem stupid in voting against their own economic interests because Republicans pursue policies that preferentially reward the richest Americans.  This behavior can only be explained by the success of Republican propaganda (mainly trickle down prosperity), lies and deceptions that instill a set of biases and beliefs that enable Republicans to win elections.  A prime example is obtaining broad support for keeping taxes on really rich people low.

On the other side, are millions of people who vote for Democrats because they have been sold rhetoric about reforming the government system, as if Democrats are not also in the pockets of a number of special interests that will not accept truly needed deep reforms.  Why have we not seen President Obama pursue punishment of many people and companies in the banking, mortgage and financial sectors that caused the economic meltdown? He had received huge campaign contributions from them and then surrounded himself with cabinet officials and advisors from them.  Otherwise intelligent people vote for Democrats because of their psychological stupidity based on false promises of change and reform that they have succumbed to.

Psychological stupidity has become a kind of cultural epidemic that no one is addressing, so it just gets worse.  It invites manipulation and the continuing corrosion and corruption of government.  The rich and powerful know how to take advantage of this stupidity, obtaining government policies and programs they want, selling products and services that consumers do not really benefit from, and grabbing more of the nation’s wealth.

Those afflicted with psychological stupidity are also likely to exhibit moral superiority, making it even more difficult to have intelligent and productive conversations with them. Such arrogance strengthens their defenses against facts and information that conflicts with their cherished views. The answer:  Associate with others having exactly the same views and only get information from like-minded media sources, creating mental ghettos (such as the Tea Party and Fox News) that others can take political or commercial advantage of (Republicans and companies selling gold).

Self-deception is the widespread legal narcotic lubricating the slide of American society into the toilet that other once great nations ended up in.  Maybe this old Arab proverb warrants respect: People who lie to others have merely hidden away the truth, but people who lie to themselves have forgotten where they put it.


Which mental ghettos do you belong to?

1 Comments in Response to Combine delusion and denial and you get psychological stupidity which leads to mental ghettos.

the author gets the general picture correct.  But he writes from a position of scientific ignorance.  I would guess that he had, at most, one or two college science courses.  The clue is here:

Psychological stupidity has become a kind of cultural epidemic that no one is addressing, so it just gets worse.  It invites manipulation and the continuing corrosion and corruption of government.  The rich and powerful know how to take advantage of this stupidity, obtaining government policies and programs they want, selling products and services that consumers do not really benefit from, and grabbing more of the nation’s wealth.

The phrase has no real meaning. I have written a rather detailed analysis of this situation based on actual specific facts with appropriate links to actual experiments using well defined unambigious words.  go here:

of if you forget, then google orwells boot.  I am about number 5 as factotum666.

What the author is seeing is not some kind of cultural epidemic.  It is because evolution works such that tribes made up of stupid authoritarians have the best chance of surviving.  I point this out in detail