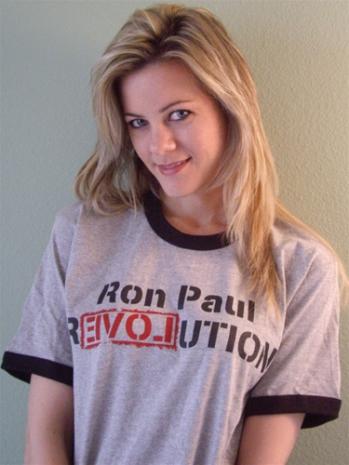 As of November 7th, the total U.S. public debt outstanding reached an astonishing $13.7 trillion. This means that although Congress just raised the debt ceiling to $14.3 trillion back in February, the new Congress will face another debt ceiling vote almost immediately next year.  Otherwise, the Treasury will not be able to continue issuing debt to fund government operations.

The upcoming vote will provide an interesting litmus test for the new Republican congressional majority, especially those new members closely identified with Tea Party voters.  The debt ceiling law, passed in 1917, enables Congress to place a statutory cap on the total amount of government debt rather than having to approve each individual Treasury bond offering.  It also, however, forces Congress into an open and presumably somewhat shameful vote to approve more borrowing.

If the new Congress gives in to establishment pressure and media alarmism about “shutting down the government” by voting to increase the debt ceiling once again, you will know that the status quo has prevailed.  You will know that Congress, despite the rhetoric of the midterm elections, is doing business as usual.  You will know that the simple notion of balancing the budget, by limiting federal spending to federal revenue, remains a shallow and laughable campaign platitude.

Of course congressional leaders-- now Republicans-- will tell America that they plan on balancing the budget soon, but they just need some time.  After all, we have to keep the government open, right?  We can’t have an “emergency” shutdown of vital government services.  But somehow Congress always finds money for emergency spending, in the form of supplemental appropriations bills for TARP bailouts, troop surges, and the like.  Why is there never an emergency that justifies less spending???

Surely we are facing an emergency debt spiral, as evidenced by the Federal Reserve’s recent commitment to buy another round of Treasury debt.  It’s now quite obvious that the U.S. government plans to inflate its way out of debt, and the world is fleeing our dollar in response.  Just 7 years ago Congress raised the debt ceiling to $6.4 trillion, which means the federal government had doubled its indebtedness in less than a decade.  Annual deficits for 2011 and beyond are projected to be at least $1 trillion.  By contrast, the entire federal debt amassed from the founding of our nation until President Reagan took office in 1981-- a period of roughly 200 years-- was $1 trillion.  So it’s no exaggeration to state that federal debt is growing exponentially.

I have two simple proposals when the new Congress convenes in January.  First, refuse to raise the debt ceiling.  Find a way, month by month, for Congress to spend only what the Treasury raises in revenue.  Second, start over from scratch with the 13 appropriations bills that fund the federal government.  Reject any talk of baseline budgets or discretionary spending.  It is all discretionary, and members of both parties should vote against any 2012 appropriation bill that is not at least 10% smaller-- in nominal dollars-- than its 2011 counterpart.

A motivated Congress could begin to slow the tide of debt by taking the simple step of cutting federal spending by 10% across the board for the next few years.  Let’s hope it does not take the complete collapse of the U.S. dollar to provide this motivation.