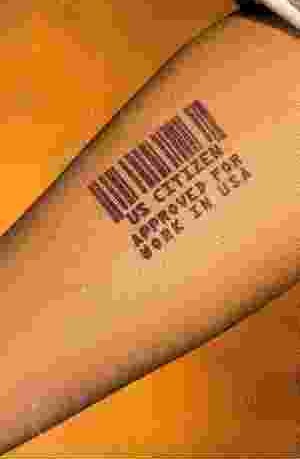 Going to Yuma for a court hearing in the Pastor Anderson's checkpoint tasering case (motion by defense attorney Marc J. Victor, to dismiss)... just talked to Marc. The Judge ruled on several issues in favor of the defense and the prosecutor freaked and moved for a new judge "for Cause" ('cause she didn't rule in favor of the government)

the 'crew' is in trouble... details to follow. Just got a call from Renee informing me that Shelton 4409 got arrested for asking questions (at a restaurant???). Working on it...
Now the entire crew in the RV are being surrounded. We're trying to get more information from someone that can relay details... Senior Editor Powell Gammill is in the RV as well... calling. (No,... Powell was outside talking to police before RV being surrounded)

Keep checking back for updates.... (Powell was talking to police outside the RV as they surrounded it with 5+ marked cars and more unmarked... tape recording going)

I talked to one of the young men traveling with the group.
Stopped at a pizza restaurant during the lunch break from the court hearing. 4409 turned on his camera when he saw two border patrol agents come into the restaurant and started to politely ask them 2 questions on tape (tape on its way to Phoenix now :) They had a pleasant exchange but the Border Agents decided to eat elsewhere. They learned later that this angered the restaurant manager to the point that he called the police but that they did not arrive until after the RV had left. The police now state that they were a disruption at the restaurant (they were in one of the meeting rooms with doors closed).
Pastor Stephen Anderson's case started at 10am and broke for lunch at 11:30am. The 'crew' returned to court around 1pm. Shelton registered a complaint that the courts were allowing many others to bring in their cell phone and not him. At the same time Powell (Senior Editor of FreedomsPhoenix) was citing Supreme Court Rule 122i that provides for a journalist to bring in a personal audio recorder... this was opposed.
Police recognized the description of the people that traveled there and the RV and started to ask everyone for ID in the "investigation of a crime". Shelton was arrested for disorderly conduct for asking 2 questions of the Border Patrol while in possession of a camera (security risk???).
On their way to the Yuma Police station the RV stopped working ???? (Check the fuel tank guys).
The Arresting officer for Shelton was "K. Celaya #5480"
The Yuma non-emergency phone number is 928 783 4421
That's all I know now. 3pm PST
Public Relations officer "Clint Norred" said that the arresting officer was one of his officers and that he'll be calling me back after he finds out what is going on.
Powell just told me that Shelton is not identifying himself so they don't know what to do with him.
waiting..... but once they find out... "LET HIM GO!!!"
Update: Shelton just called from across the street of the Police station and is now hooking up with the RV up the street (they are still working on it). Shelton said that they cited him for 'Disorderly Conduct' and let him go.
Just another day for us :)

Public Relations officer, Clint Norred just called to let me know that Shelton was released and that I'd have to make a records request to find out what they conjured up as the reason for the citation. I am to call 928 373 4700 and ask for records. The citation number is #09-39663

9 Comments in Response to 4409 & RV crew being arrested near Yuma, Arizona (UPDATE 1)

Maybe someone should tell the children of these NAZI,brain dead cops what their parents really do for a living....like destroying their future..and yours.

If these bottom feeders are willing to destroy their own families...what chance do you think you have?

We all arrived home safe.

When we arrived back at the workshop we notived two of our cars windows were smashed in with rocks, and Chris's motorcycle tile was flattened. Nothing was stolen.

Wow. He's going to have to tell me what he said to those officers for them to have actually just cited him and let him go.

....and Alan Korwin said on Ernie's show today that he didn't think we were living in a police state!  :)

To borrow from Ernie's show intro:

"There are those who wish to be left alone... and those who won't leave them alone."

Shelton is being taken for booking as I understand it. A call to the PR officer would get you more information right now.

Is Shelton still their guest, or was he released also?

I Cry For Our Country: A Baby Boomer's Lament

The Exploding 110 Million More of Us Factor Within 30 Years