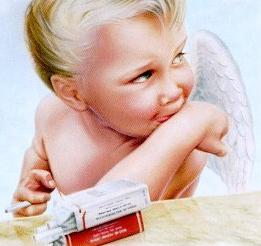 With all eyes on the looming November elections and the controversial ballot referendum to largely ban smoking throughout the state, few Arizonans are aware of Prop. 1201 and it's sinister cousin Prop. 1206. Originally slated for the November 2006 ballot, these are the latest in a long line of referendum designed to save Arizonans from themselves and each other.

Advocates of Prop. 1201, the "Alcohol Free Arizona Act" (A-FACT), a measure that would ban consumption of Alcoholic beverages in the state of Arizona, claim political foot dragging at the behest of special interests is keeping the initiative off the November ballot. But as secretary of State Ian Brewer, known locally as "Brewsky" says, the elimination of Prop. 1201 from this years ballot is quite simply a practical matter. Mr. Brewer says "There is just no room for this measure." John Hacker of Diebold explains. "The touch screen voting machines only contain enough memory to allow for 1200 ballot measures ... with the ever increasing desire for citizens to legislate their own protection through these measures, there literally was no room for Prop 1201.

James E. Worryman of "Yes-on-1201.org" explained his growing concern that the delay has allowed critical time for coalition building among those opposed to A-FACT. "The people of Arizona deserve to have their voices heard" declared Worryman at a recent press conference. "Every year our prisons are filled with drunkards, our roads with drunk drivers... and intoxicated men throughout the state make misguided sometimes fatal 1:00 AM dating decisions. All because booze continues to flow freely and legally."

Indeed the National Council on Alcoholism and Drug Addiction as well as the NTSB cited a recent study that indicated that more people die on Arizona's highways each year from Alcohol related accidents than all other causes... even Driving While Smoking.

Clive Underhood, director of public relations for "Responsible Efforts to Have Arizona Booze" (REHAB), Adjunct Policy Analyst for the Libertarian think tank CATO and NASCAR enthusiast says Prop. 1201 is a thinly veiled attempt by the fascists at nanny-state central to further impose their will on what he calls Arizona's 'Silent Majority'. "Them there do-gooders, jus' wanna tell the rest of us what we can't do and where we can't do it. Well I got news for them. They can have my Pabst Blue Ribbon when they pry it out of my cold dead hands" opined a visibly shaking Underhood.

Bar owners around the Valley of the Sun share Clive's sentiment, albeit for less altruistic motives. Most agree that prohibiting the sale of Alcohol in Arizona watering holes will be a significant blow to revenues. Worryman however disagrees. "There is not a single study that indicates revenues have been lost due to the elimination of Alcohol sales in bars and night clubs." He's right, we were unable to find such a study.

In response to the threat posed by A-FACT, a deep pocketed consortium of interested parties has emerged to fight the measure. Working under the REHAB umbrella, Anheuser Bush, Miller Brewing Company, Coors Brewing Company, Chico's Bail Bonds, Pay Day Loans, The ASU chapter of Phi Sigma Kappa, and a host of Law Firms who target the DUI market via afternoon cable TV advertising have contributed in excess of two million dollars toward the public relations campaign "Yes on 1206". Prop. 1206 is an alternate "concession" measure being sponsored by REHAB that would also ban the consumption and sale of Alcohol but exempts Veterans and Fraternal clubs as well as the city of Scottsdale. The folks in Scottsdale of course overwhelmingly defeated the attempt to ban "Lap Dancing" in the city's gentleman's clubs earlier this year. REHAB feels the "Scottsdale Exemption" is key in the battle for the hearts and minds of the responsible drinking class.

J. Michael Barleycorn, speaking on behalf of Scottsdale REHAB, recently told us that although he hopped all attempts to meddle in the personal affairs of Arizona's citizens would be rejected, all indications are that a compromised measure may be the best drinkers can hope for. As he told us, "unfortunately, outside of Scottsdale we struggle getting our 'Silent Majority' out to vote." Barleycorn cites several reasons for this phenomenon. "Well, it's often a matter of oversleeping or incarceration, and frankly, many would-be supporters just don't know what the hell is going on." As if that weren't trouble enough, the new identification requirements at the polls resulting from the Prop. 200 initiative passed in 2004, present a special difficulty for REHAB supporters. As Barleycorn explained, a significant number of those who strongly oppose A-FACT will not get their drivers license back for several more years ..."What is this but blatant disenfranchisement?"

For it's part, Anheuser Bush is set to air the latest in it's "Real American Hero's" series of radio commercials entitled "Here's to You Mr. Freedom Loving Beer Chugging Disenfranchised Voter Guy".

As things are shaping up, much seems to hinge on Novembers Prop 201 Smoking Ban.

See you at the polls!