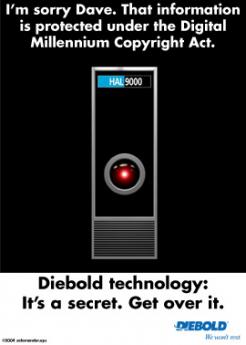 Newly enacted election law in Arizona, providing for manual audits of election machines that would increase confidence in the minds of voters about the elections process, was hijacked by self-serving partisan pols almost from the get go. A provision slyly inserted in SB 1557 requires that in order for the audit to be conducted that 72 members from each major political party be made available to do the counting. If even one person doesn’t show, if 101 members from one party shows and 71 from another, elections officials are not permitted to proceed with an audit under any circumstance. No amount of reasoning, common sense, or desire to build confidence in elections by making adjustments or accommodations is allowed because of the wording of SB 1557. We have the likes of Secretary of State Jan Brewer (R), Senator John Huppenthal (R), and a Republican legislature to credit with this turd in the punchbowl.

This numerical obstacle was known to election activists and legislators who were knowledgeable of the excruciating, circuitous, and nauseating negotiations to finally get SB 1557 through the obstructionists and forces of darkness for a floor vote. No wonder SB 1557 passed unanimously in the House and with only three votes against it (all Republican) in the Senate. Everyone who didn’t want transparency and accountability in our elections, for whatever their twisted reasons, knew the likelihood in obtaining 144 citizens to give up three, ten, or even fifteen days to the project was next to impossible. And voila, this meant an audit would never be conducted! From their perspective it was a win/win. Why not vote for a bill the public would not know was emasculated and then be able to thump our chests that we stood for election reform? The Dark Side engineered a fait accompli providing both political cover and advantage.

All this was made painfully self-evident in the exercise to audit this week’s primary election. To her great credit, Maricopa County Elections Director Karen Osborne with her boss Maricopa County Recorder Helen Purcell decided to persevere with an audit; be it official or not. Ms. Osborne had the insight to know that all will be legal and official in November and she wanted to make every possible preparation. I participated in this exercise which proved Ms. Osborne was intuitive and intelligent in her decision to make a dry run at the audit procedures.

To begin with Secretary of State Jan Brewer had delayed and dragged her feet in submitting to the Department of Justice (Arizona is a ‘Jim Crow’ state dating back to the Voting Rights Act of 1965) the procedures for conducting a manual audit of election machines. Submitting the request for authorization to the DOJ just over a week prior to conducting the audit gave no time for them to respond. While she had ample time to do so, SB 1557 being sanctioned by the DOJ on July 13, Mrs. Brewer even had to be sued in Arizona State Supreme Court to force her to meet the deadline for appointing a committee to determine the margin of error and procedures for the audit. SoS Brewer did so on the last day possible before she was in violation of the law. Hence, no legally authorized audit was possible for the primary election this time in Arizona.

By conducting the audit exercise, Ms. Osborne was able to reveal the Achilles heel, the rate limiting step, the aforementioned floater in the punchbowl. To conduct the audit you have to have the people. For this weeks exercise, that no one knew was just to be a dry run until we showed up, not enough Republicans or Democrats made the commitment to show up. Although the head count was close to the 144 minimum number, with about 30 more D’s than R’s attending, we still fell short of the legal number of auditors. If this happens in November there will be no audit, no transparency in the election, no increase in the confidence in our elections, and, effectively, no change in the status quo of our elections. It will be as if SB 1557 had never happened!

The exercise was carried off with military precision . . . a lot of hurry up and wait. Auditors gathered at the Maricopa County Sheriff’s Office Training Center auditorium where we were briefed, sworn in, signed our I-9 Forms (pay for an auditor is $10 an hour), inspected, selected, and detected for cameras, cell phones with cameras, and weapons. No pens, no food, no drink allowed anywhere near the ballots just as it is in the secure counting facilities downtown. Rules were explained, conflicts of interest determined, lunch breaks and bathroom accessibility determined. Mitch Edder and Karen Osborne took questions from the citizen auditors to clarify that this was only a test run and answer some general questions about elections. A misperception about the use of touchscreen voting machines (AKA, Direct Recording Electronic or DRE’s) in Maricopa County is that we have some measure of protection against tampering because we use Sequoia DRE’s and not the dreaded Diebold DRE’s. Not so, as a rose by any other name . . . a DRE is a DRE is a DRE. And, not unlike having multiple selections of bread to choose from that no matter who made it it’s still just bread; the Direct Recording Electronic Sequoia machine is just a susceptible to tampering as the Direct Recording Electronic Diebold machine. They both have hackable memory cards, secret software, and the same security issues. We know a lot more about the inner workings of Diebold Elections Systems than Sequoia, but we have no reason to believe that Sequoia is any different in its design, application, distribution, or marketing of its product over any other.

Like I said, hurry up and wait was the order of the day. Not because of any inefficiency on the part of the county elections folks, but because that was the nature of the beast in determining what the application of the theory would actually turn out to be. Assigning two D’s and one R, then two R’s and one D to separate tables takes time and setting each table up with its individual black bag (the ballots, tapes, and write-ins), maintaining traceability and security, and giving clear instructions takes time. Those of us assigned to audit the tapes from the Sequoia DRE machines waited for our instructions before we were allowed to proceed; all under the watchful eye of the county elections officials who are responsible for assuring a transparent, accurate, and honest election process. While none of this is rocket science, it is meticulous, conscientious, methodical, and pains taking work. Overseeing the 140 or so novices with stochastic knowledge about elections and varying levels of pre-senile dementia was no easy task. However, in the day and a half that the exercise lasted I think that Ms. Osborne and Mr. Edder took away some valuable learning’s they will use to gear up for the November elections.

Like I said earlier, everything is moot if not enough people show up to be auditors. Here is where the whole thing is designed for failure. This week’s exercise responded to a primary election where less than 20% of the voters even bothered to participate. Not that that isn’t disgraceful enough in itself, but Elections Director Osborne predicts from her years of experience that we will have a much more significant turnout, over five times the primary number, for the general election. Judging from this dry run, in which we did not even attempt to conduct a full audit of this pitiful primary, I surmise that to legally and completely conduct the audit of the November general election, to not trigger a “no audit” by not having enough auditors for either party show up, to not fall into the trap designed into SB 1557 to guarantee an audit of the machines is never performed, that the citizen auditors will have to commit to no less than 7 to 10 working days and quite possibly up to 15! That’s full-time days of tedious, boring, and important work. On day two of the current audit exercise, over one-third of the previous day’s citizen auditors failed to return.

We can’t let the politicians and burglars, those who would seek to obscure or outright steal our elections or our very democracy, win! Let’s prove that the obstructionists, those who are satisfied with the status quo which gives them the option to steal elections without a trace, those who would deny Arizona’s citizens access to transparent, accurate, and honest elections are wrong. Let’s prove that the citizens of Arizona really do care about our democracy! To do that we must commit to show up in November with no less than 72 Democrats and 72 Republicans (Libertarians are invited, too) working together to protect our democracy by assuring the veracity and integrity of our elections. It was a small but dedicated coalition of constitutionalist Republicans, Democrats, Libertarians and citizen advocates for election integrity that worked SB 1557 through the legislative process. November’s general election is the time for those citizens who supported us in spirit then, to commit to following through on their commitment to accurate and honest elections in Arizona.

NOTE: To sign up as an auditor for the November general election, contact your respective political party county chair or the Maricopa County Elections Department.