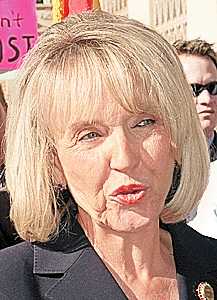 Proposed changes in election procedures for random hand counts of votes as a check against voting machine tabulations now await approval from the U.S. Department of Justice.

Changes to the state election manual to include the new law were to be sent to DOJ Friday morning, Sept. 8 by the Attorney General’s Office — just four days before Tuesday’s primary election.

DOJ could take from 60 to 120 days to make a decision on the new procedures, which could mean the new law would not be in effect for either the primary or the Nov. 7 general election.

Officials have been scrambling to complete the changes to the manual, which must be pre-cleared by DOJ. The agency last month approved the new law itself. Any changes in Arizona election laws and procedures must be approved by DOJ because of voting rights violations in the state dating back to the 1960s.

In a letter to ~Arizona Capitol Times~ on Sept. 7, Secretary of State Jan Brewer said she has abided by the law and will request timely approval of new procedures.

"I will ask DOJ to expedite its review of these procedures so the audits and hand counts can be in place for the primary election," she said.

Political opponents and election reform advocates have accused Mrs. Brewer of attempting to delay implementation of the new law, which she denies. Mrs. Brewer says she has complete confidence in the state’s voting machines and election process.

"Let me make it very clear: I took no position on this bill and certainly did not oppose it, contrary to what some have implied," she said in the Sept. 7 letter.

A Big Pharma Coup Has Taken Over the Presidency