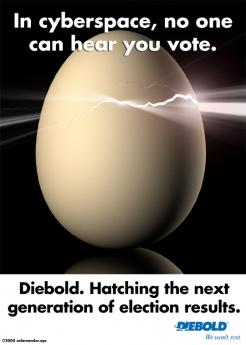 By Phil Riske for the Arizona Capitol Times, phil.riske@azcapitoltimes.com

All the ducks might not be lined up in time to implement a new law requiring random hand-counts in elections.

Republican Secretary of State Jan Brewer said Aug. 24 that changes to the elections Policy and Procedures Manual to include the new law were still in the works, and they must be sent to county elections officials for comment, and then blessed by the governor, attorney general and the Justice Department, all with only 18 days before the Sept. 12 primary.

Asked whether the state will be ready to go under the new law for the primary, Mrs. Brewer had several responses.

Pressed later with the question, she said, “It’s a possibility. There’s time enough if everybody moves really, really quick…”

Mrs. Brewer, who is seeking re-election, says the Justice Department has 60 days to act, but if there are questions about the law, it could take 120 days for approval.

“I can’t predict what Justice will do,” she said.

The hand-count law, enacted as SB1557, requires a voter-verified paper document to be used for hand-counts and recounts. The manual counts, which would take several days to conduct, must be done in at least four contested races — one federal, one statewide, one ballot measure and one legislative contest — and in 2 percent of precincts or on 2 percent of the vote in each county. One percent of absentee ballots would be manually audited.

The law also requires the two major political parties to provide at least three hand counters at each precinct. However, if they do not show up, no audit is performed.

Only last week the Secretary of State’s Office was able to appoint a Vote Count Verification Committee required by the law because the Justice Department didn’t pre-clear the law until then. The federal government must approve any changes to election laws or procedures in Arizona because of decades-old violations of the Voting Rights Act of 1964.

Mrs. Brewer says she disagrees that hand-counts are needed as a check against machine totals, adding that she warned legislators there might not be enough time to implement the law for the primary.

She said the Legislature did not ask her to testify on S1557 and was rebuffed when she pushed to change Arizona’s primary election to August “so we would have time in between [the primary and the general elections] to do whatever needed to be implemented or to recount, and they just threw me out with the wolves in the Judiciary Committee.”

Critics: ‘Something they don’t want to do’

Ernest Hancock, the Libertarian candidate for secretary of state, has predicted the new law would not take effect.

Mr. Hancock and Sen. Karen Johnson, R-18, sponsor of the bill, claim elections officials across the country are under the thumb of voting machine manufacturers, such as Diebold Elections Systems. People with that company were indicted for money laundering schemes, and there were allegations their machines were rigged in Ohio to give President Bush his win in that critical state.

“There are enormous powers that have made it very clear that they do not want a manual account of the computer because it validates either that it’s accurate or inaccurate,” Mr. Hancock said. “If it’s inaccurate, they would not want that. You’re talking billions of dollars here.”

Ms. Johnson said, “There was such a huge bulldozer to try and not get this bill passed from election-type people. I know this isn’t something they want to do.”

She said that with the passage of the Help America Vote Act (HAVA), which followed the voting irregularities in the 2000 Florida presidential election, elections officials “probably have an incestuous relationship with Diebold or Sequoia or both of them to get those machines out to all the states.”

Mrs. Brewer responded, “The reasons we went to technology is because of Florida. So instead of going forward, we’re going backward [with manual audits]. I fully stand behind our optical scan equipment. It all comes down to faith and trust in your election officers.”

She said Ms. Johnson has an “absolute misinterpretation” of a meeting they had during the legislative session.

“Jan and I had a heavy discussion about this bill,” Ms. Johnson said. “She wanted to know, ‘Why are you doing this to me, Karen?’ I was just floored.”

Ms. Johnson said she told Mrs. Brewer to take credit for the bill — it would make her look good politically. She added that she advised Mrs. Brewer not to hold the announcement of her decision to run for re-election outside because protestors against Diebold voting machines were going to disrupt the event, which they did.

“She brought it all on herself,” Ms. Johnson said.

“This bill, interestingly enough, absolutely affects me in no way because I don’t end up with the work,” Mrs. Brewer said. She said county elections officials are not happy with it because, “It’s going to cause all kinds of issued and the timing’s all wrong.”

The bill died a thousand deaths in the Legislature, but was finally passed with only three no votes and enacted after it was revived in the House. Rep. Ted Downing, D-28, says the law is absolutely necessary and is needed for the upcoming primary.

“The machines are making very gross mistakes,” he said. “The primaries are the most important to each party. No one trusts the silly system where you run the machines twice.”

The hand-count bill also covers recount elections, which have been conducted by rerunning ballots through voting machines.