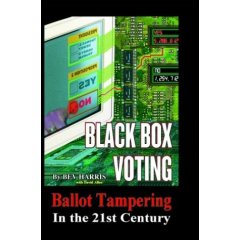 The AG’s office called me, Wednesday August 16th, asking that I dismiss the case. I made it clear in my REPLY that I leave the outcome entirely in the hands of the Arizona Supreme Court to determine what happens with this case….

“Petitioner asks that the Arizona Supreme Court evaluate the approval of SB 1557 by the United States Department of Justice (Respondent’s Supplemental filing of August 11th, 2006) and determine if any action is required of them to ensure compliance with the law. Consideration should be given to the date when applications for the ‘Verification Committee’ were promoted and if there has been adequate promotion provided to allow compliance with the law.”

If the Az Supreme Court is happy then I’m certain that the AG’s office will have a motion to dismiss granted. The next deadline is 10 days prior to the Primary for the Verification Committee to come up with a number/percentage. I’ll bet this simple task is going to be far more interesting than we anticipate – The Election company lobbyist will definitely have their input and someone on the committee will eventually crack and share what is going on behind closed doors if there is enough attention still on the issue. I’m of the opinion that no media will cover this issue since the government officials won't be encouraging as long as this lawsuit is still active. But as soon as it is finished the pressure to determine what the policy manual says and what the Designated Margin will be will be front and center in the minds of the election companies.

Each County Elections Director is waiting on the policy manual from the Secretary of State's office on how the Hand Count is to be conducted by the individuals appointed by the Chairmen of the Ballot Status political parties. Another concern in the law is that should any of those appointed do not show up for the Hand Count then there is no 2% Hand Count ( you didn't think they were actually going to do this did you? ) September 13th we'll know if a Hand Count validation of the computer count was done or not.... I can wait :)

Another issue you may not be aware of is the contract that ES&S has in the purging of the Arizona voter roles like was done in Florida and Ohio etc. I know less about this since I am far more concerned about the votes cast being accurate but there are others just as concerned about who gets to vote... or doesn't get to vote.

Am I starting to feel a twinge of pressure? Hell, that’s the only way I know I’m doing the right thing.

List of Appointed Committee Members to the 'Verification Committee':

Dr. Richard T. Snodgrass – Professor at the University of Arizona, Department of Computer Science and Editor-in-Chief of ACM Transactions on Database Systems (a scholarly journal).