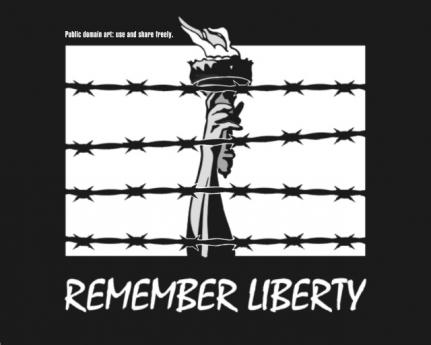 "So You Say You Want a Revolution!"

The Right, The Left and the Uppercut that knocked out Arizona’s Democratic Constitutional Republic

My name is Ernest Hancock and you will find my name on the Arizona ballot as the Libertarian candidate for Secretary of State. But I don’t advocate that you vote for me,… heck, I don’t advocate that you vote at all. If you knew what I’ve known for at least 12 years you might abandon the system as well. I advocated freedom every chance I got when I ran for US Senate against John McCain in the 2004 election and made it as public as possible that I was not supporting a corrupt system by casting a vote. The fact that I received the highest 3rd party vote percentage in the nation for a 3 way race was not my only accomplishment. What was most notable was that finally someone was willing to say what needed to be said about an openly corrupt system of secret voting with secret codes conducted by secret people behind state sponsored corporate veils of secrecy. Some of these companies were even headquartered in foreign lands.

A great deal of effort by election integrity activists and experts all over the country were successful in helping to pass a law that provides for a hand count of a small percentage of the ballots cast here in Arizona to be compared with the vote totals produced by the Election Computers. With less than 40 minutes to spare this Senate Bill 1557 was signed into law June 28th, 2006.

Many election integrity advocates were shocked and amazed at the accomplishment and praised the legislators that opposed such a bill for finally understanding the demands of so many people willing to take the time to lobby them in person for the support of this bill. Just as impressive was the last minute signing of the bill by the Arizona Governor. Even the representative of the County Recorders across the state pulled their opposition to the bill only hours from the deadline and encouraged the Governor to sign the bill.

As a libertarian activist of many years I knew what was happening without even a shred of evidence. The best way to determine future performance is by examining past performance. Employers, Loan Officers, Spouses and Bookies use this method everyday. But politicians count on a population willing to be lied to over and over. I had no doubt that the new law requiring that only 2% of each county’s ballots be manually counted and compared to the computer results would never be implemented. “If voting made a difference it would be illegal” is a phrase with more truth than you know.

My in person meetings with the Secretary of State Jan Brewer, Deputy Secretary of State Kevin Tyne, Elections Director Joe Kanefield and Maricopa County Elections Director Karen Osborne has convinced me that there is no plan to comply with the demands of the legislation that would provide for the manual verification of the elections. http://tinyurl.com/rert4 Page 7 Paragraph “L” is their out and they know it. The Secretary of State is required to constitute a “Verification Committee” that is to determine the “Designated Margin” of error that will trigger a full recount. Absolutely no attempt has been made to comply with this provision of the law and if not done by August 12th 2006 the recount will not apply to the 2006 election cycle.

Arizona is already under Department of Justice probation for violations of voter rights and must have every law approved by the DOJ before it is to be implemented. The DOJ approval window of 60 days began June 28th. August 28th is well before the September 12th Arizona Primary but after the August 12th deadline for the creation of the Verification Committee. Deputy Secretary of State Kevin Tyne warned me that the Department of Justice might even need more time to consider the legislation. The Department of Justice and the FBI represent the same executive branch of government that swooped down upon Arizona and confiscated the District #20 ballots that Arizona legislators were demanding be recounted to determine how hundreds of votes materialized in the 2004 elections to create a new winner after a close race required a recount. The fact that Arizona Secretary of State Jan Brewer was extremely active in the killing of the manual recount legislation should not go unnoticed. Also of interest to some is her position as State Chair of the reelection effort for George W. Bush for President in 2004.

Arizona’s new manual validation of election computers also provides another loophole for the bad guys. Should any of the several individuals appointed by the County Party Chairman of any political party represented on the ballot not appear for the recount, then the Hand Recount is canceled.

These are the two provisions of the law that allowed its passage. But I will do everything I can to highlight the true regard government and _its_ representatives have for your vote. Get ready, here it comes!